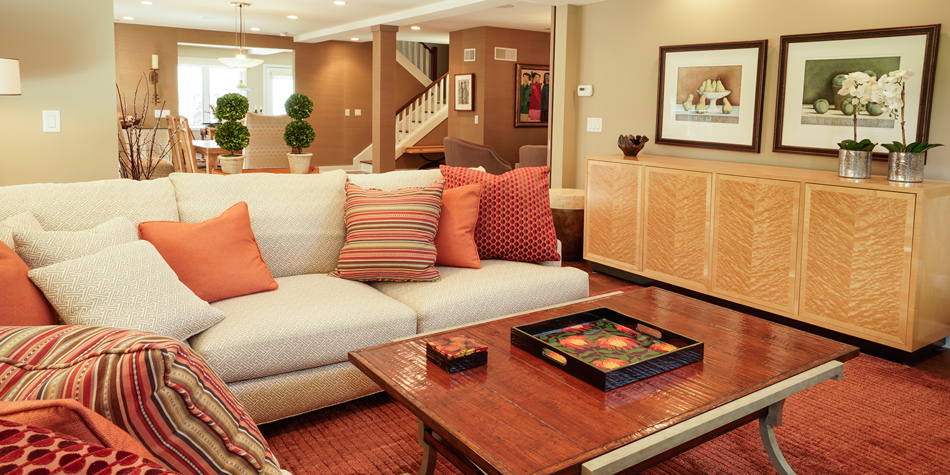 A home severely damaged by a storm became an opportunity to start fresh on this casual living bungalow. The home-owners, guided by Zander’s designer Diana Erfurth, decided to take their new blank slate and make the home exactly what they had always wanted it to be.

“The ideas and clear visions from the owners were instrumental in the process of redesigning the home, and their direction is evident – one of the most important aspects of the new design to them is that the existing spaces are being used as effectively as possible,” starts Diana. The main area of the home is a great example of this, as it contains multiple features which make the area functional for a couple who loves to entertain, all while adding as much style as possible. “Most notably, movable walls are now included between areas of the main floor, adding immense versatility in the way the space can be used.” 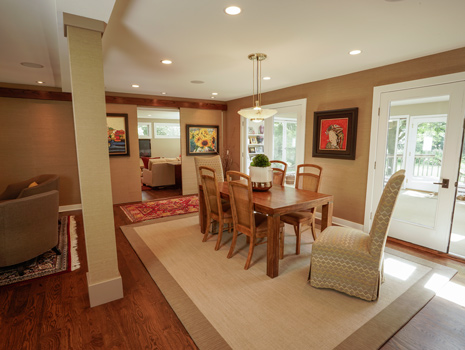 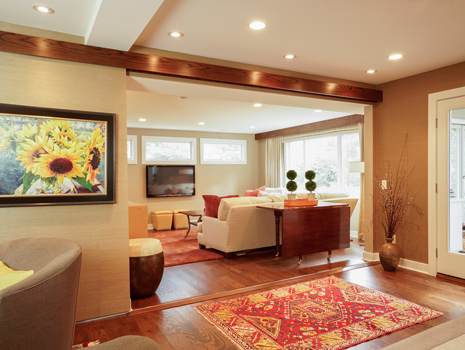 Diana points to the console table located behind the sofa.  “This was carefully selected to serve multiple functions.”  She goes on to explain how the large drop leaf is a space saver when not in use, but when the walls are opened up, the leaf pops up and becomes a quick food and beverage centerpiece to any impromptu party. 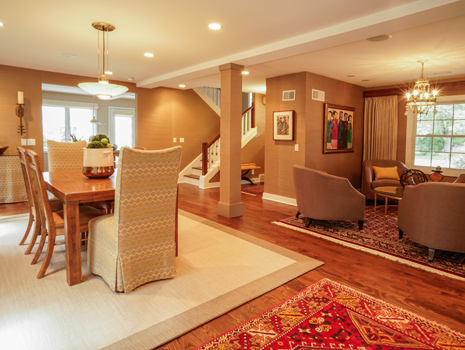 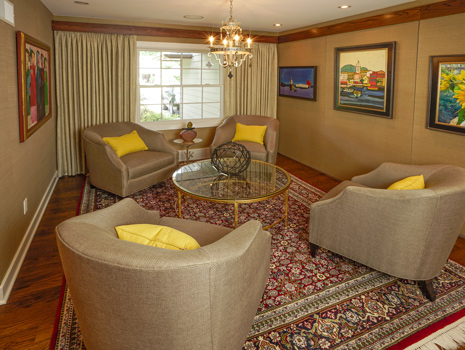 The main seating area boasts a neutral base, with multiple colors added in carefully through rug and pillow accent pieces. Textures are layered on through the use of grasscloth wall coverings and a variety of upholstery choices.  “The chandelier in this conversation area is one of the owner’s favorite pieces.” Diana informs.  “The space was designed to center around it.” 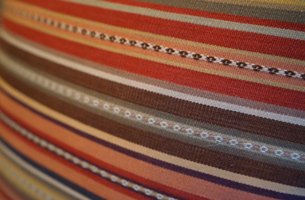 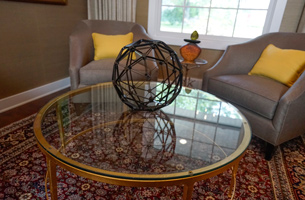 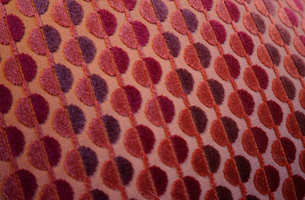 Texture, color and shapes are repeated and carried over into the design of other rooms in the home as well.  For example, the master bathroom.  Unique textures are showcased on almost every surface, and a silver and cream color palette is accented with gold finishes. 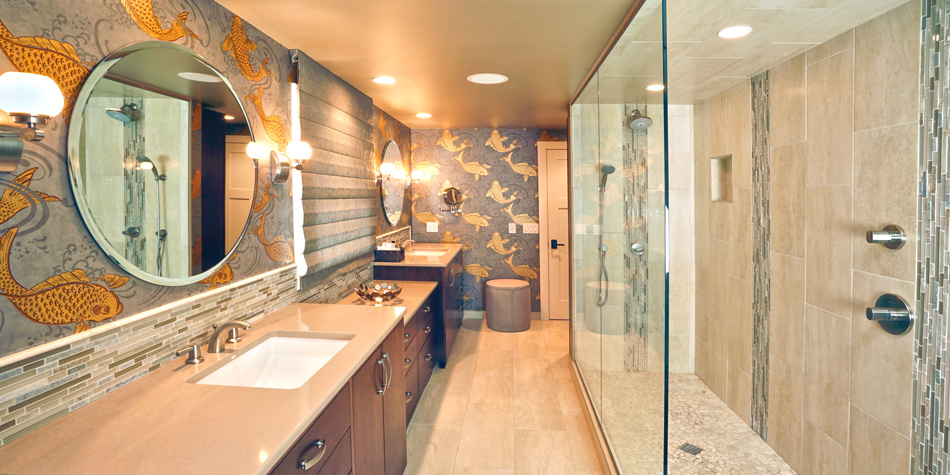 A special design feature of the bathroom is the shower.  Diana determined that designing it to be long and slim, while eliminating the need for a door would best utilize the space.  “The shape of the shower, together with the use of glass walls, makes the narrow bathroom space appear more open.” 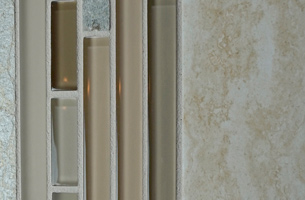 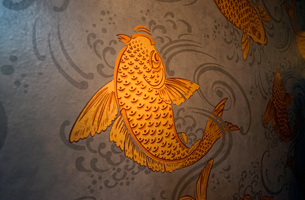 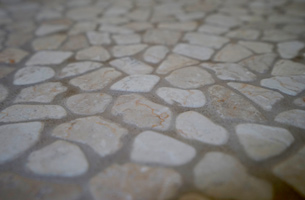 Neutral colors and stone paired with the gold pops of color in the wallpaper creates contrast with a lot of visual appeal and adds an elegant twist on a classic bathroom theme.

No detail was left out when Diana took this quaint, blank slate and created the multi-functional, stylish home the owners had always dreamed of.

Switching It Up
Scroll to top